His Excellency Mr. Krishna Prasad Dhakal presented to His Highness Sheikh Mohammed bin Rashid Al Maktoum, Vice President, Prime Minister, Minister of Defence of the United Arab Emirates and the Ruler of Dubai the Letters of Credence as the Ambassador Extraordinary and Plenipotentiary of Nepal to the United Arab Emirates amidst a special ceremony held at the New Presidential Palace, Abu Dhabi this morning.

On the occasion, His Excellency Mr. Dhakal conveyed the greetings and best wishes from the Right Honorable President of Nepal Mrs. Bidya Devi Bhandari to His Highness Sheikh Khalifa Bin Zayed Al Nahyan for his good health and happiness as well as for the continued progress and prosperity of the people of the United Arab Emirates.

His Excellency Mr. Dhakal was accompanied by his spouse Ms. Januka Dhakal and Mrs. Bishnu Kumari Adhikari Second Secretary from the Embassy on this auspicious occasion. 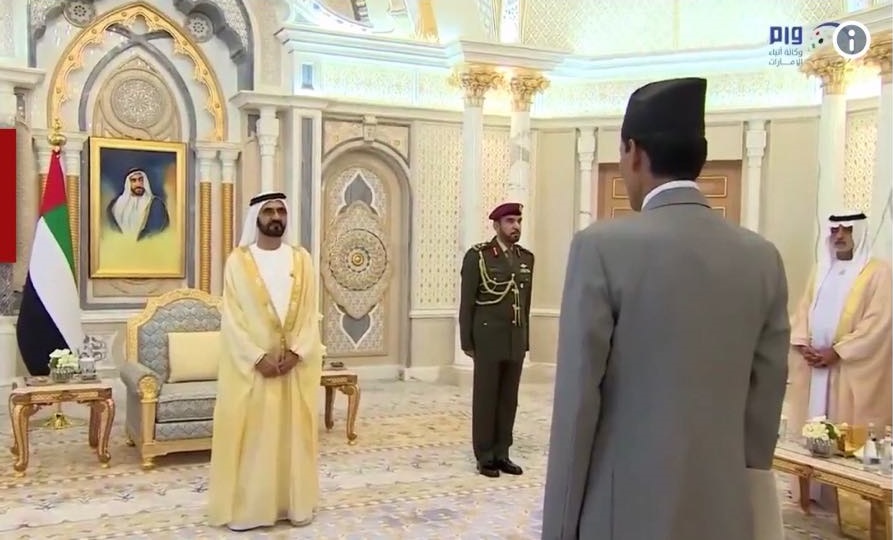 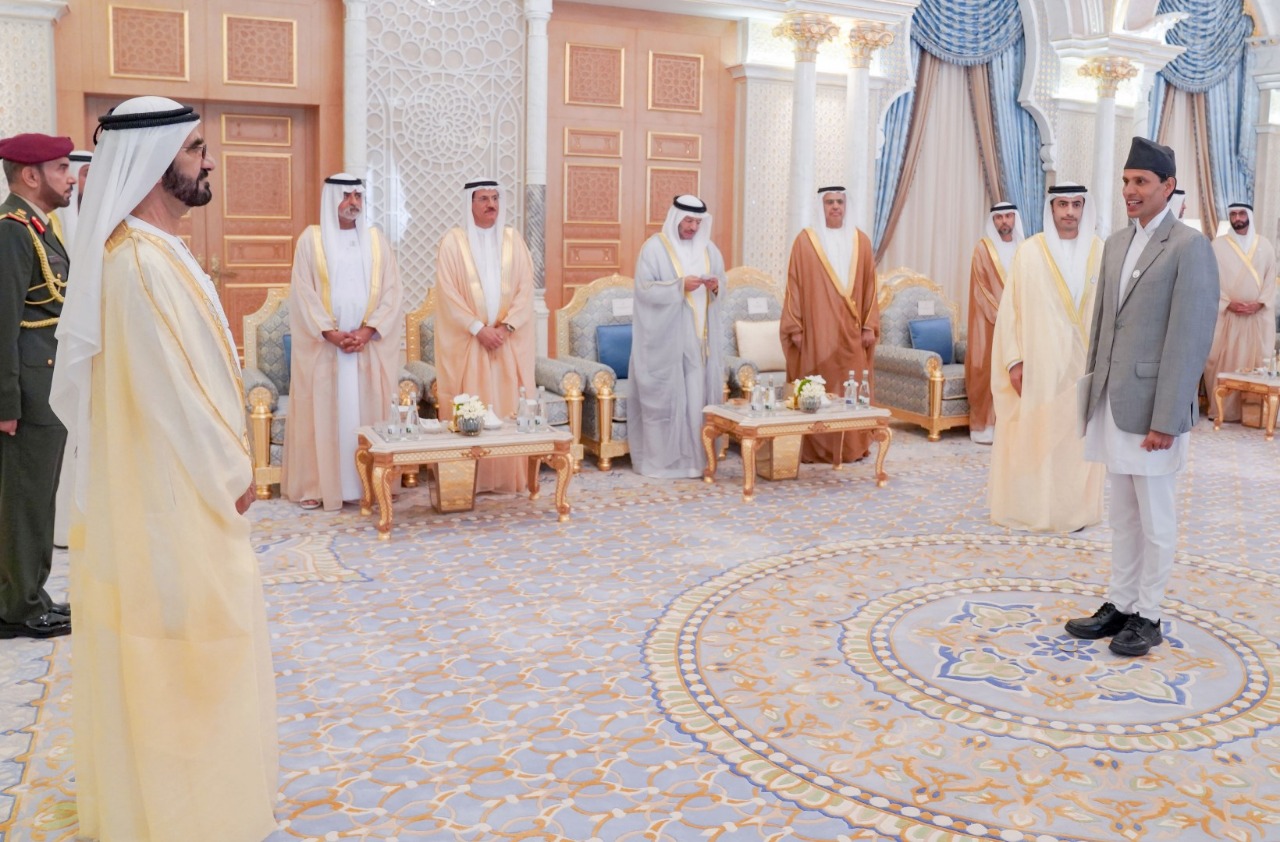 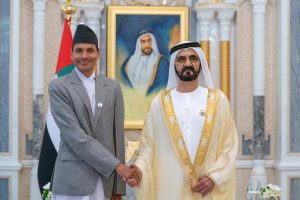